Guest post by Steve Tasane, winner of the Library Award for Child I 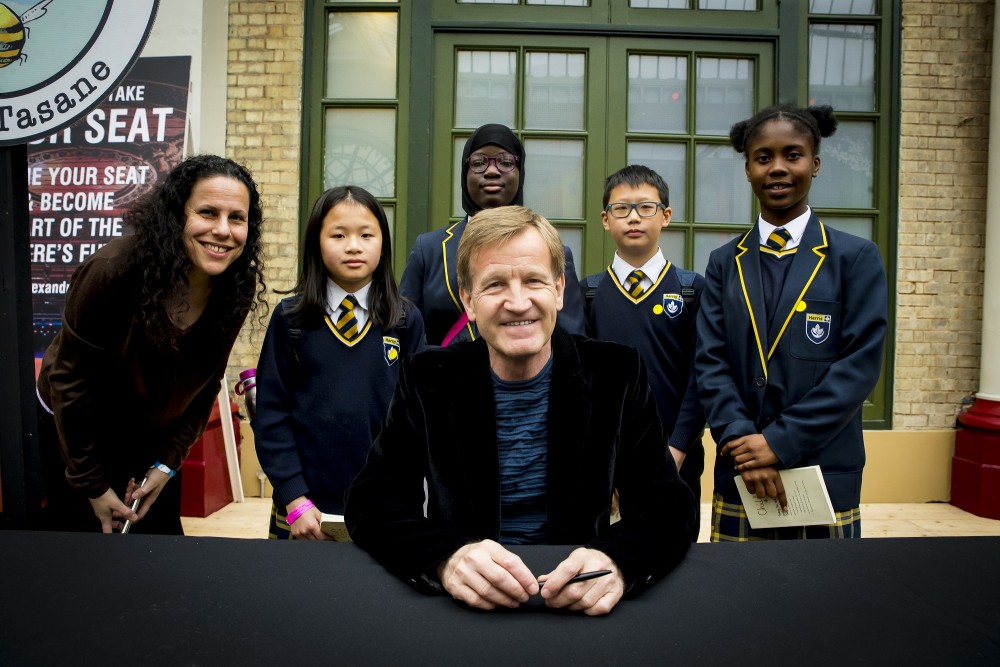 Ally Pally has been one of my favourite London landmarks since I moved here as a student. I lived in Hornsey High Street back then, and Ally Pally all but looked down into our kitchen window. But today, I was visiting as one of the shortlisted authors for this year’s Award. I’d set off early, to more enjoy the day, and also have time to soak up the springtime delights of Alexandra Park. I saw my first batch of young readers marching up the hill, sporting yellow vests like impassioned book activists. The children were early. Really early.

But when I entered through the doors of the East Court it was instantly clear that they were not alone in their beat-the-clock timekeeping. Young readers from other schools across Haringey had also arrived early. Really early. The hall was beginning to fill with the hubbub of young voices. I could hear the buzz. 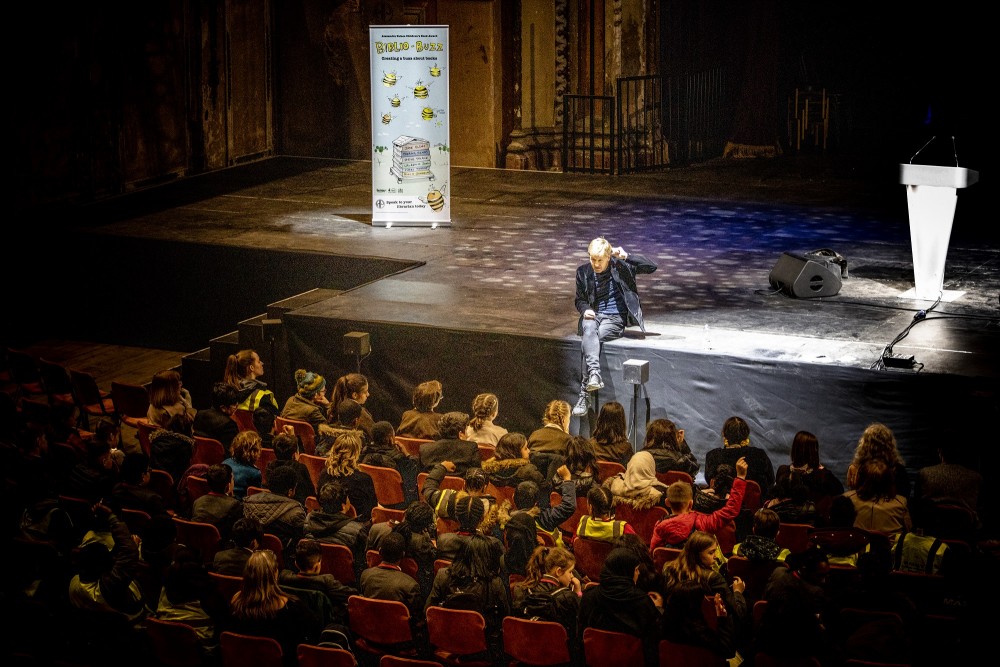 As the other shortlisted writers and I were guided to our seats in the recently reopened – and stunning – Victorian era theatre, it seemed like we were breathing in the air of history. And as the theatre began to fill with more and more and yet more local young readers, the air of excitement was swirling around us. What was clearly different about this day – to me, anyway – was that the hundreds of school pupils buzzing around us had already read our books. Usually, we authors visit schools to promote our latest book, and it is as a consequence of our visit that the books are bought and read. And we have the challenge/satisfaction of seeing ‘reluctant readers’ get excited about the prospect of reading our latest masterpiece. Today, we were surrounded by ‘avid readers’. Perhaps some of these young people had once been ‘reluctant’, but there was no doubt about the fact that today they were most definitely avid.

It was the first book-signing session that confirmed it. Mitch Johnson, Jane Elson, Piers Torday, Lauren St John and I sat down at our signing tables and saw the queues of eager, book-clutching youngsters stretching across the hall. Half an hour later, the queues seemed to be just as long, and the signing had to be cut off for lunch. When we resumed after the afternoon ceremony, the queues seemed even longer! You could see on the youngsters’ faces how much they were buzzing; you could see on our faces how much we were buzzing. Here was a room full of people who loved books, who loved our books, who loved the idea of meeting the people who had written the books they loved so much. That was us! Smiles, gasps of delight, congratulations, gratitude, keen interest, laughter, and selfie after selfie after selfie.

To be honest, I’d forgotten that two of us were going to win an award today – because it felt as if we were all winners, simply by being on the receiving end of this biblio buzz. I’d even, momentarily, forgotten that Michael Rosen was coming! But, wow, one of the UK’s most popular children’s writers delivered a mesmerising, hilarious, warm and witty performance which had the whole audience eating out of his hands, chanting along to his poems, performing the actions with gusto, and whooping with joy. Again, I was so swept up in the moment that I forgot about the award.

So, when Michael suddenly announced that the Libraries Award had been won by my novel Child I, I was shocked and ecstatic (I’d never won an award before). I hadn’t thought the day could get any better, but just like that, it did. It was clear from chatting with them that the other shortlisted authors – and Jane Elson who won the Schools Award – were having a grand time of it. What a day! I went home buzzing, clutching my trophy; but most importantly, hundreds of young people went home buzzing, clutching their books.

Biblio-Buzz, Alexandra Palace Children’s Book Award organisers – thank you! This patch of London was all the brighter this Spring day, because of your generosity and passion for reading. Wotaa buzz!