Creative Learning at Alexandra Palace continues to develop a program that fosters creativity and imaginative approaches to every aspect of learning and bring the Park and Palace alive in new and exciting ways.

Heritage Horror Film Project was a great example of this. To see the final film, click here.

This was a recent partnership with Jackson’s Lane which brought together a group of budding film makers to make a macabre mockumentary on Elizabethan theatre. Participants worked with Chocolate Films and learned about film making as well as the history of Elizabethan drama. The final screening took place at Alexandra Palace with an invited audience of friends and family. 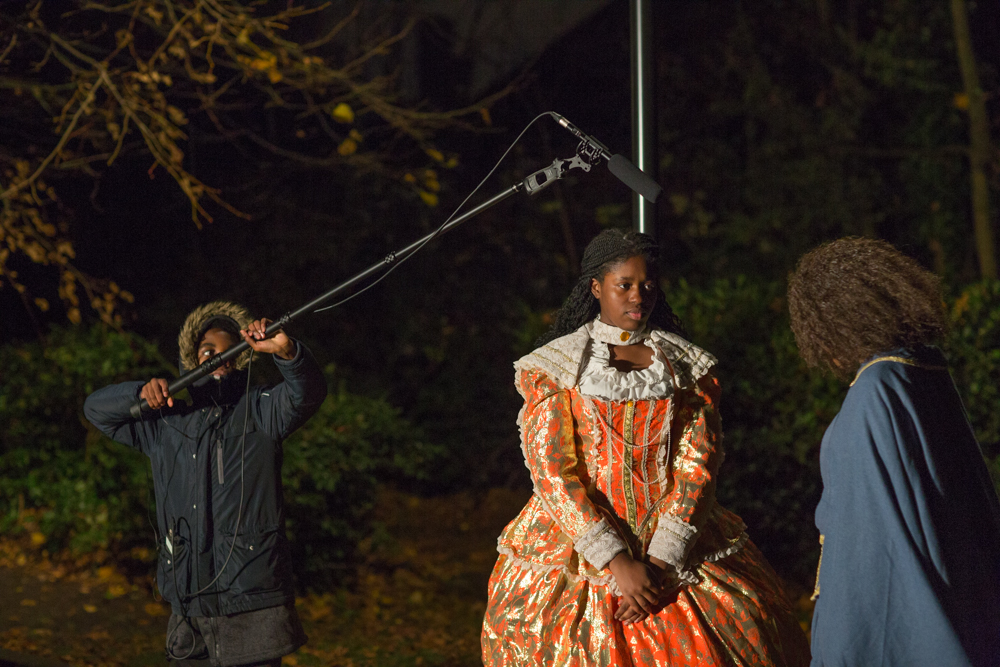 We were on the hunt for suitable locations to film a number of different scenes.

Our aim was to plan a route and find ideal locations for each of the scenes, we then collectively walked around and spotted a number of places that would work, but also be effective in terms of the Elizabethan time period our documentary is set in. But we also had other factors to consider such as passing members of the public, sounds e.g. cars, but most importantly lighting, as we were scouting from 5.30pm – 7pm and it was quite dark, but also we would be filming around this time too!

We had a few complications with lighting, but we easily solved them by deciding to incorporate a green screen for selected scenes which would show images in the background from the shots we took during the day trip we had at The Globe Theatre. 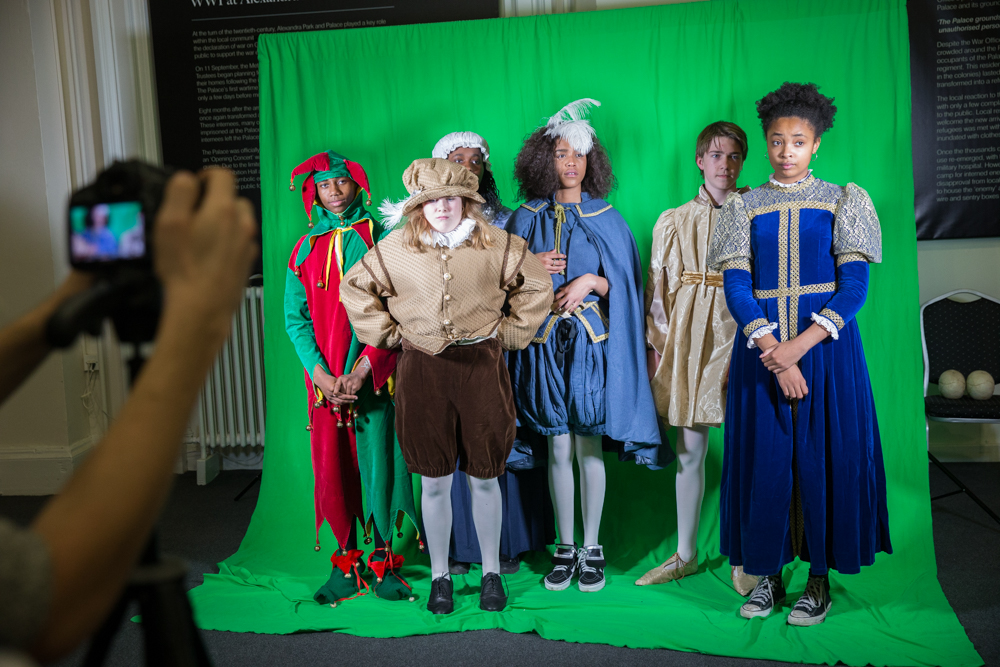 We started by getting into costume and rehearsing our lines for the scenes we planned to execute that day.

One of the scenes we did was the Tavern scene. We used the bar area of the Transmitter Hall and added props and lighting to film Christopher Marlowe’s death, we included three versions of this scene as the facts say there was confusion around the actual death of Marlowe!

One report claims he was stabbed in the eye after a fight with a companion over an unpaid bar bill. Another report claims he was actually a spy and was targeted then killed whilst drinking in a bar! So we decided to film a few different versions and added humour in each for comic effect. 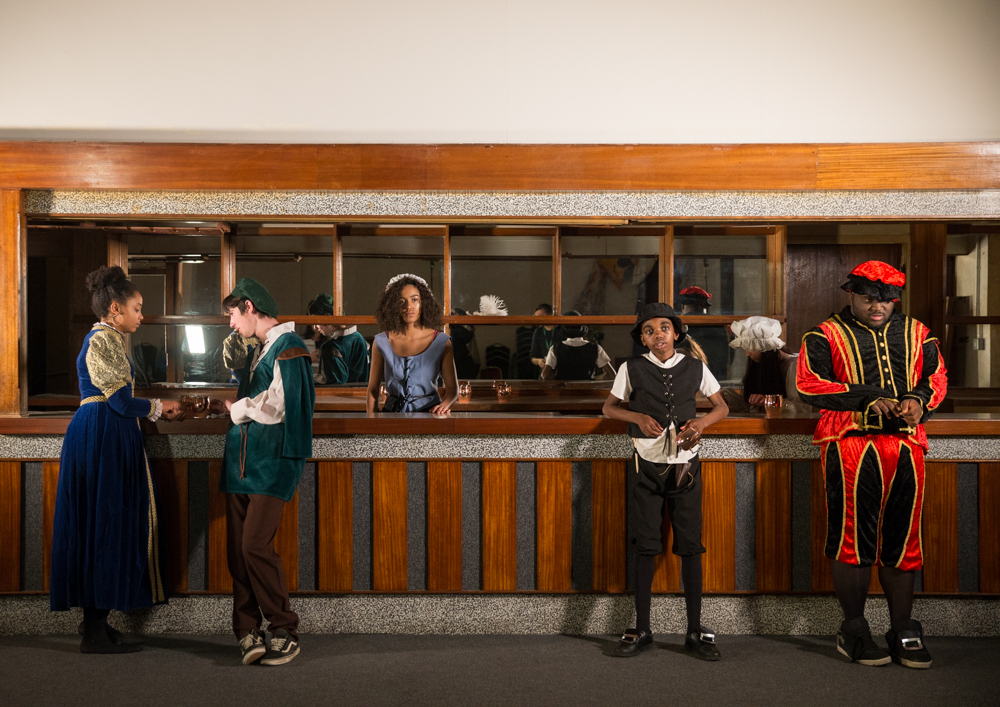 Another scene based inside the Transmitter Hall focused on filming our Elizabethan re-enactment of the renowned British television show ‘Dragons Den.’

The scene features two opposing playwrights: William Shakespeare versus Christopher Marlowe as they battle for an investment from the dragons in order to open up a new theatre.

On the day of the final screening we all met up at Alexandra Palace at 7pm to watch the finished documentary we had been creating over the past few months. We were all excited about finally getting to see the polished version.

We were all really happy with how the documentary went, and also how members of our friends and family reacted to the humour, as it was clear that they were entertained by our on screen performances!

The event was a success, and we all left with even better knowledge of the film industry. By the end of the final screening we all felt accomplished and contented in the knowledge that we put on a brilliant show!!