Alexandra Park and Palace Charitable Trust is a registered charity. We are responsible for the upkeep of the building and grounds, and providing a year-round programme of culture, leisure and entertainment, as well as creative learning opportunities. To do this, we need your help.

The East Wing Restoration represents the biggest investment in the Palace for a generation and will see the Theatre and East Court reopened to the public. The project would not have been possible without your support. In their own words, here is why they are helping to restore the Palace. You can support the restoration by clicking here.

The deadline to donate and have your seat installed for the Theatre’s December reopening is 5th October. 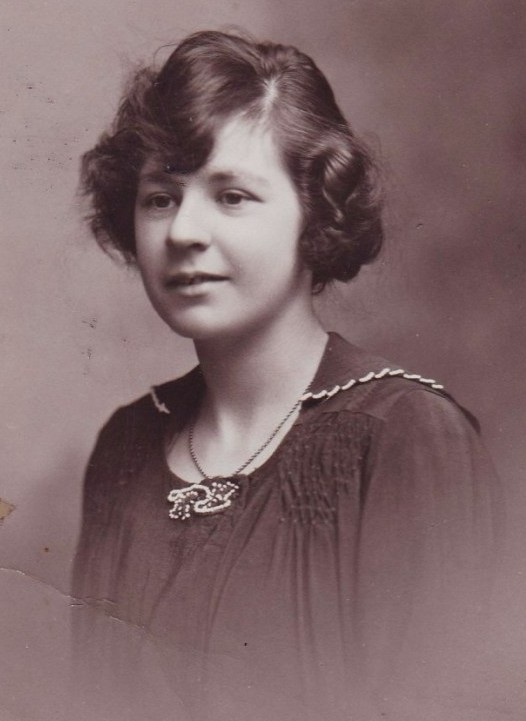 Why I’m helping to restore the Palace …To honour my Mother, Marie Suzanne Wilkinson, contralto, pianist, violinist, cinema and church organist, singing in French, German and Italian. She enjoyed visiting Alexandra Palace when living in the area.

In 13.01.1915 Marie was in the chorus of ‘The Pearl Fishers’ at Stanley Hall, South Norwood. 16.12.1919 Marie was soloist in ‘Oratorio’, at Stanley Hall, South Norwood and a soloist at a number of concerts there and soloist at the ‘Oratorio Service’ at Christ Church, Gipsy Hill. In 1919 Marie was in the choir of the Penge Orchestral and Choral Society, Upper Norwood singing ‘The Messiah’.

She sang in the Halle choir, for ‘The Great Handel Festival’, conducted by Sir Frederick Cowen at the Crystal Palace on 19/22/24/26.6.1920.  In 9.9.1928 she is in a photograph, taken at St Martin’s Northern School, London, of the rehearsals for the National chorus of the first BBC. Radio Symphony Concerts. Chorus Master, Stanford Robinson. Concerts conducted by Granville Bantock.

After she married and moved to Alexandria, Egypt, she sang many concerts for the YMCA. She would be thrilled to see Alexandra Palace back to its original state. 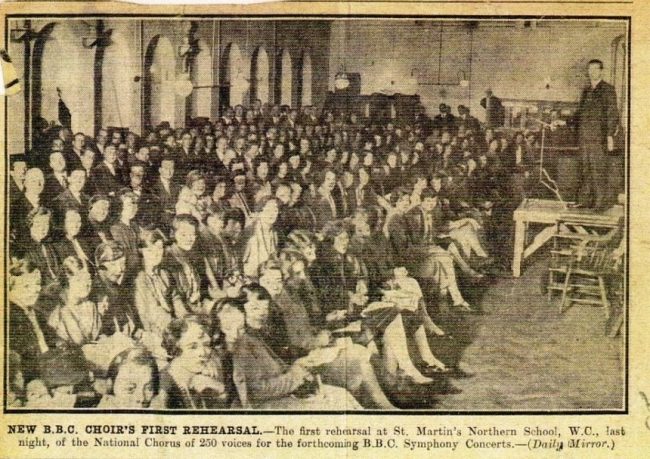 It’s time the people had their Palace back. I am so excited at the thought of this wonderful building coming back to life.

I have visited and loved Alexandra Palace for many years before I moved to Muswell Hill with my husband and two small children in 1980. To our horror that same year we watched A.P. burning as we stood in the Grove!Years later my husband, John Gunter, and I were invited to view the Theatre when it was first thought of for restoring. John being a theatre stage designer loved it and the idea of restoring it.

In 2016 sadly he died before seeing the plans and work going on. So I have happily paid for a seat in his memory towards this wonderful project. 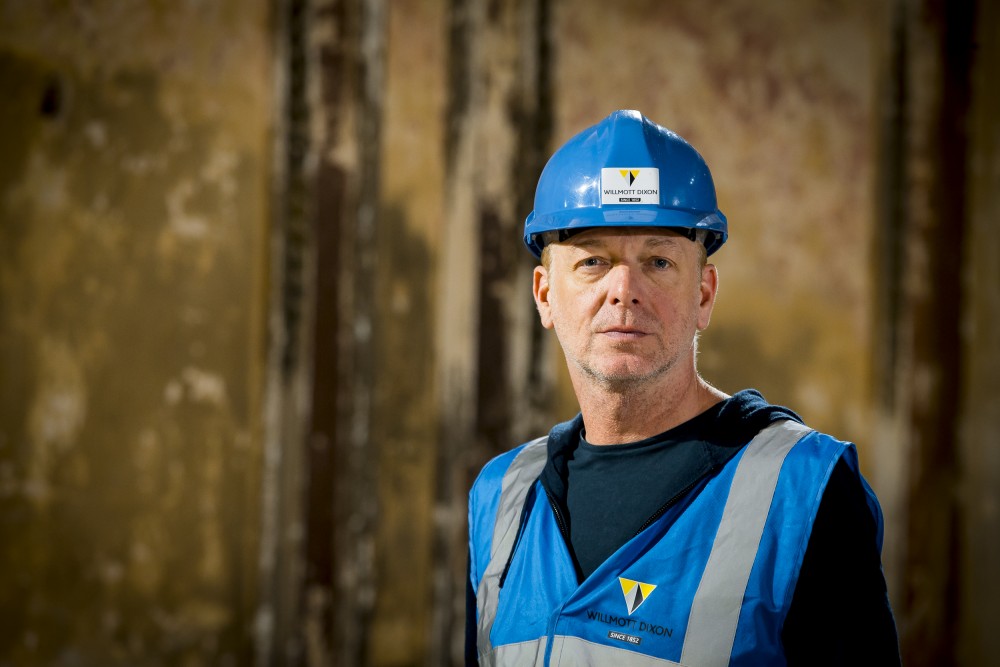 Alexandra Palace is such a special place. It feels great to be part of the project to restore the theatre and I can’t wait to see it open to the public again. 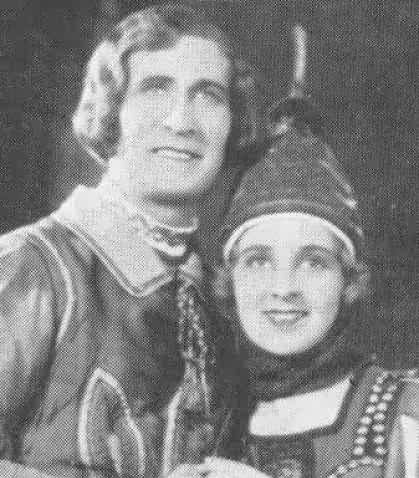 We chose to sponsor a seat in the renovated Alexandra Palace Theatre because we wanted to support this project and because we have family connections with this site.

In the late 1920s our relatives Marjorie Eyre and Leslie Rands were starting their careers as principal singers with the D’Oyly Carte Opera Company. Whilst based in London, the company’s “home” was the Savoy Hotel from where they used the Alexandra Palace Theatre as one of their rehearsal venues.They didn’t like it! Mainly because it was a long travel and so far out of London, but also because at that time it was already falling into disrepair. It’s good to have this opportunity to reverse that process and we look forward to many happy evenings at the Alexandra Palace Theatre.

We sponsored a theatre seat at Ally Pally for two main reasons – firstly, we love and are both actively engaged in the performing arts; and secondly, we love Ally Pally! We live very close by and exercise/walk in the park, use the ice rink, come to events, etc etc! The restoration of a theatre is a rare thing to be able to support and we can’t wait to take turns to sit in our seat!! 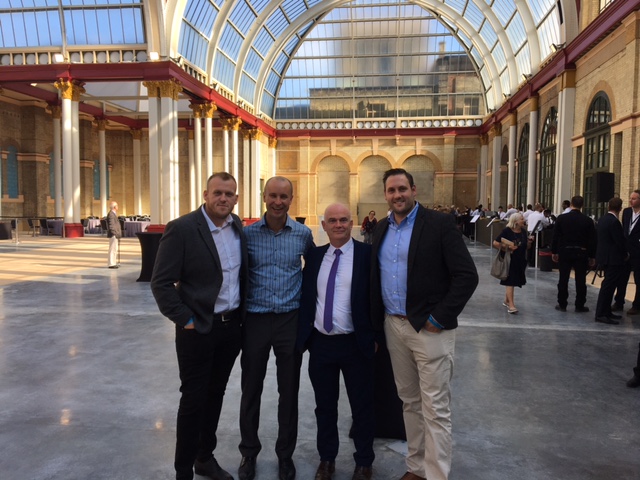 The Alexandra Palace project is no ordinary project, Briggs & Forrester were lucky enough to be heavily involved in the restoration of this incredible venue.  The Palace draws you in from day one, with its quirky and unique appearance. The whole feel of the people involved makes you feel like you owe it to the project to give it the detail and finish it deserves. A truly testing and fantastic building, something everyone should be really proud of – Well done Ally Pally!

As a local I’m proud to play a part in this exciting project, the birth of a new/old theatre, lovely.

Ally Pally has been part of our lives since we bought our first house at the foot of the hill in Warner Road in 1976.The Palace and grounds are a special part of North London’s heritage and the view from the terrace is spectacular. We are theatre-goers and we wanted to contribute to the restoration of a treasure that few people know about and we are hoping that the restored theatre becomes an arts venue second to none. 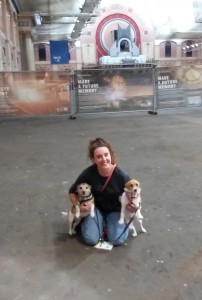 Susan in The Great Hall

The Palace has always been a special place for me.  One of my earliest childhood memories involves coming to a toy exhibition and walking through the Great Hall.  I still have the Teddy Bear that I was allowed to choose, to this day!

Most recently, I attended the BBC Proms in the theatre and got to appreciate first hand, its unique architecture and ambiance with a live musical performance of the work of Gilbert and Sullivan.

I chose to name a seat in tribute to my parents, so that my family will have a connection here for many years to come. Ally Pally is known as ‘The People’s Palace’ so this is your chance to really become a part of it.

When I set up my consultancy business over 3 years ago, one thing I intended to do was financially contribute to good causes in the locality. An obvious one was this Alexandra Palace refurbishment project. This new venue will add so much to the status of the Palace and artists will want to perform here for many years to come given the venue’s history and prestige. I’m pleased to have played a very small part in its future success.”

Born at the old Alexandra Palace Maternity Hospital in 1964, lived locally with a full view of the Palace from my old home and school. Spent many of my childhood and teenage years at the Palace where I eventually met Susan. My Parents, our three children, and two grandchildren continue to enjoy our local Palace and its grounds. For the past six years, we have operated “The Woodfired Pizza Bar” located at the Marconi servery, Great Hall Alexandra Palace. We would like to give something back to this special place.