Since removing the floorboards in the Theatre we have made numerous discoveries, items that somehow fell through the cracks and lay buried underneath for decades. From lightbulbs and sweet packets you would associate with a Theatre, to shoes and medicines. Most of the discoveries come from the Victorian era to before the Theatre was closed to the public in 1935. We certainly did not expect to find among the archaeological fragments, a relic from as far back as 2014! 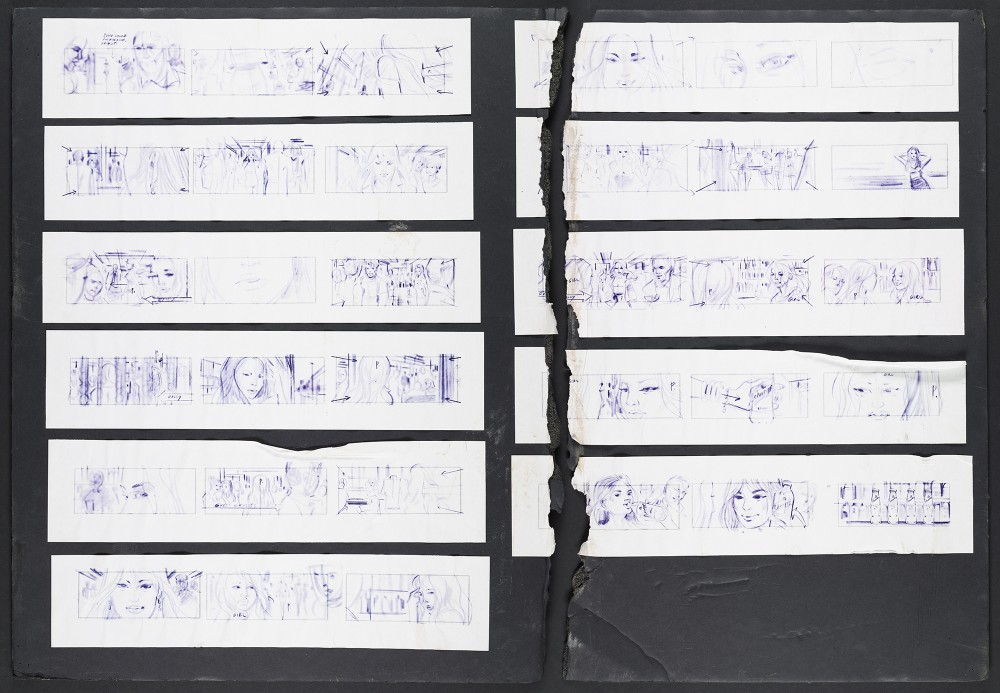 What Do You Expect? storyboard, 2014 (c) Schweppes

This storyboard had clearly been broken in two and discarded at the end of production. It had worked its way under the floor and was filthy, even after only three years. Once cleaned and the two pieces reunited, we saw it was from a film shoot for a French commercial for Schweppes, starring Penelope Cruz.

Alexandra Palace is a popular location for film and television shoots, with unique and evocative spaces around the building and acres of park land. The Schweppes commercial was filmed in the ‘abandoned’ Theatre, before restoration works had begun. It turns the unused space into a club, with only minimal set dressing, demonstrating the appeal of the faded grandeur which is being kept in the restoration.

Penelope Cruz is not the first A-lister to have appeared in the Theatre. BBC Music filmed their God Only Knows promo video here, although many of the stars were green screened in. The BBC had at one time considered transforming the Theatre into a third television studio, before the Second World War cancelled their plans.

The commercial was produced for the French promotion Villa Schweppes, and its accompanying making-of shows some stunning shots of the Alexandra Palace Theatre being prepared for the shoot.

Although not how the Theatre will look on a day to day basis, it is great to show the atmosphere of the space alive after many years of sitting empty, and to look forward to its reopening next year!